The salami of the Pirate of Musso

Not just a fish restaurant.

In the kitchen, what guides the choice of dishes also for the land menu is the search for quality in the raw material and always with attention to the origin of the products. Anyone who has tasted our land cuisine knows it well. The Risotto Ribelle and our Pizzoccheri with the Storico Ribelle, the cuts of meat selected for the tagliata ... and the sciatt!

Sciatt are the most popular land based appetizer by our customers and for some time we have been serving it with an extra delicacy!

The salami of the pirate of Musso, the Medeghino!

It is a sausage prepared with an old recipe dating back to the early XVI century. It seems that Gian Giacomo Medici made it to be prepared by the butchers of Dongo to serve his castle in Upper Lake Como.

The Milanese leader made the Rocca di Musso his military base from which to start his conquests against the Swiss soldiers of the Grisons. Those were years of harsh naval and land battles throughout Lake Como. Priam in Lecco, which remained for a long time, then ascending to Val d'Intelvi, then to the Tre Pievi in ​​Sorico, Gravedona and Dongo, and up to Chiavenna and Valtellina.

Having established his power in these areas, he could guard the whole area of ​​the Upper Lake from his fortress perched on the lower part of Mount Bregagno.

But his war conquests against the Grisons and the Gray Leagues seemed to his contemporaries more like a pirate activity for which the Medeghino was also nicknamed "the Pirate of Musso". In fact, he had at his disposal over ten ships that sailed on the waters of the lake including a Caravel, called Il Brigantino, very similar to those used by Christopher Columbus for his enterprise towards the Americas.

Certainly his manners were not the most noble, but with the strength of him in a short time to gather an army of mercenaries who garrisoned the area of ​​Lake Como in strongholds scattered over the territory and on the ships that aroused a certain fear to the Swiss.

To resist for that army, Meghino needed a continuation of provisions and to feed his men he dedicated himself to continuous supplying raids on the territory, continually stealing from local producers.

It seems that he forced the butchers of Dongo to produce meats and sausages for the castle for him. In particular, the pirate was crazy for a certain type of salami, particularly tasty and of a size that he used to eat in a couple of bites without even removing the skin.

This salami soon took the name of the pirate and was called Medeghino.

This is the origin of the salami that accompanies our Sciatt. Today, Dino Mazzucchi, who already takes care of the preparation of the "Culatello Oro di Dongo" that we use for one of our appetisers, produces it exclusively for the Ristorante La Baia® in his butcher's shop in Dongo.

We asked the Macelleria Mazzucchi to take this recipe back for us because we particularly appreciate the care used in working the raw material without using ingredients or preserved treatments of unnatural origin.

The Medeghino salami served at La Baia maintains its historical origins and the local Donghese production… but without the looming threat of the sword of the pirate De Medici. 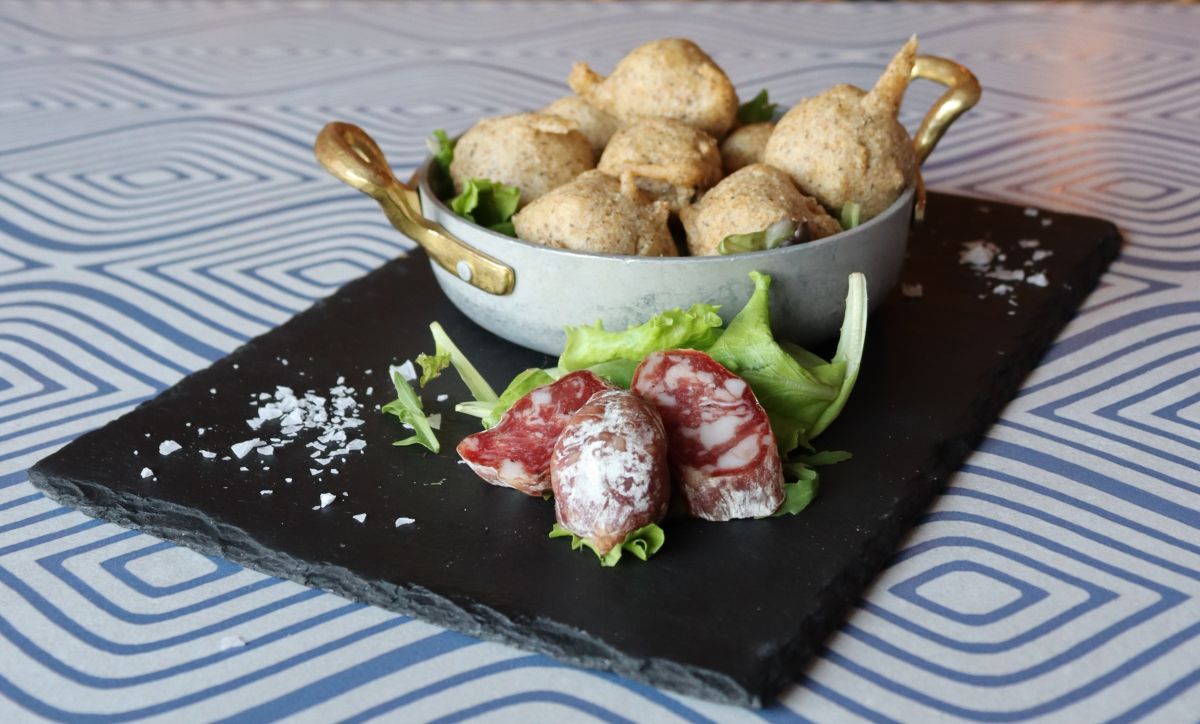 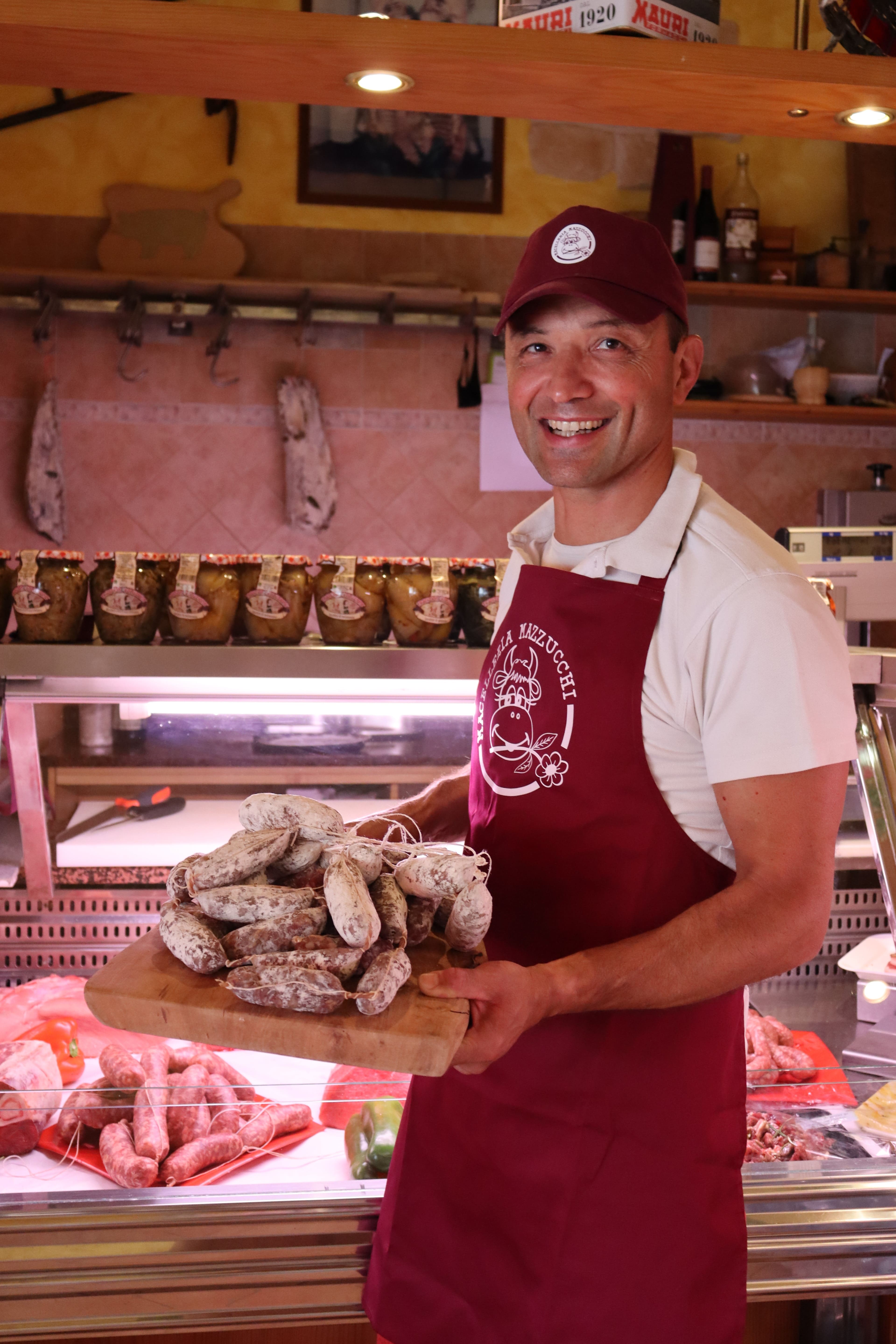 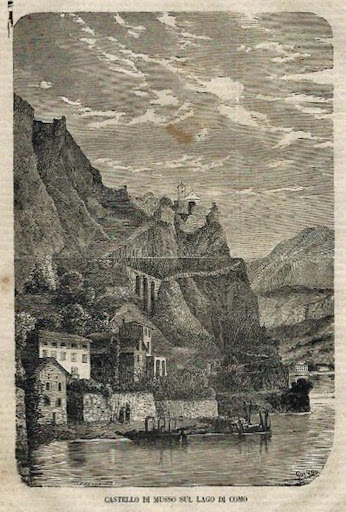 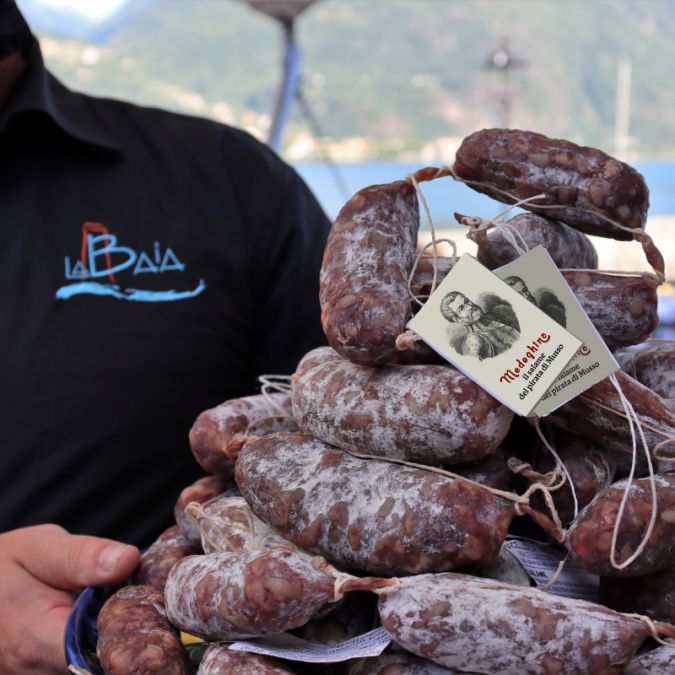 Don't miss the latest news, the new recipes and our events by the lake.
Over 16000 gourmets and Lake Como lovers are already members