We went to Val Gerola

What do Risotto Ribelle and Pizzoccheri Valtellinesi of La Baia have in common?

The answer is an ingredient that we have been using for many years now: the Storico Ribelle®, the historic cheese from the Bitto Valleys, a Slow Food Presidium.

Today, Consorzio Salvaguardia Bitto Storico unites the producers of Val Gerola who have chosen to continue producing this cheese according to the historical method.

Each of the members is committed to a series of traditional practices in the mountains and gives their production, which takes place in the mountain pastures only during the summer season, to the Center of Gerola Alta. In these natural cellars the refining and selection of the product takes place to achieve the excellence recognized by the Slow Food Presidium.

These producers produce the mountain pastures at an altitude of 1400 m and the cheese as the Valtellinese tradition has always wanted. In fact, they use the traditional calècc, the stone buildings that protect the cheese making area even in the mountain pastures. These act as a traveling processing cabin, so that the milk does not travel, except for a few meters, and can be processed before its natural heat dissipates.

In June we went to get one of our forms of Storico Ribelle® that we left here to mature. We met the president Paolo Ciapparelli who welcomed us with his usual sympathy. The friendship we have developed with Paolo has pushed us to support his project for over 20 years.

With Corrado and Stefano we go down to the cellars where we begin to smell the scent of aged cheeses. Paolo opens the wooden door of the cellar-museum where thousands of forms of Storico Ribelle® rest. Here they are kept from a few months of seasoning up to over 10 years!

He explains: "Here we did a whole project supported by a great passion. Economically there were no numbers but we were convinced that the farmers and breeders needed help to enhance an extraordinary product. If we hadn't done something, we this world would have been lost. So we started to bring together producers who did not use feed and various additives, recognizing them the double that the market at that time offered them. All to defend the originality and work of the pastures".

It is an ethical and ambitious project that the Ristorante La Baia® has very much at heart, which is why we support the association that is committed to giving the right value to food, respecting those who produce, in harmony with the environment and ecosystems, thanks to knowledge of which local territories and traditions are custodians.

The qualities of the cheese from the Bitto valleys

Paolo takes us to the Tasting Room where he brings us some samples of Storico Ribelle®. From the less seasoned one to a very precious taste of a 10 year aged form. The Storico is a raw milk alpine cheese, the paste, compact, varying in color from white to straw yellow depending on the aging, has rare partridge eyes.

Its flavor changes a lot depending on the seasoning, acquiring consistency and flavor. The cheese matures and the taste is refined by becoming stronger and revealing nuances

In the tasting room, Paolo tells us about his battles to defend the grass in the pastures and the passages that lead a wheel to be selected for maturing. He makes us reflect on the support of traditional breeders, of the authentic products of the Valtellina and tells us about the visits that the consortium often receives from famous international broadcasters who take his project to heart.

The Salvaguardia Bitto Storico Consortium is located in Valtellina in Gerola Alta and is always open and can be visited to get to know and taste the historic bitto of the Bitto Valleys. 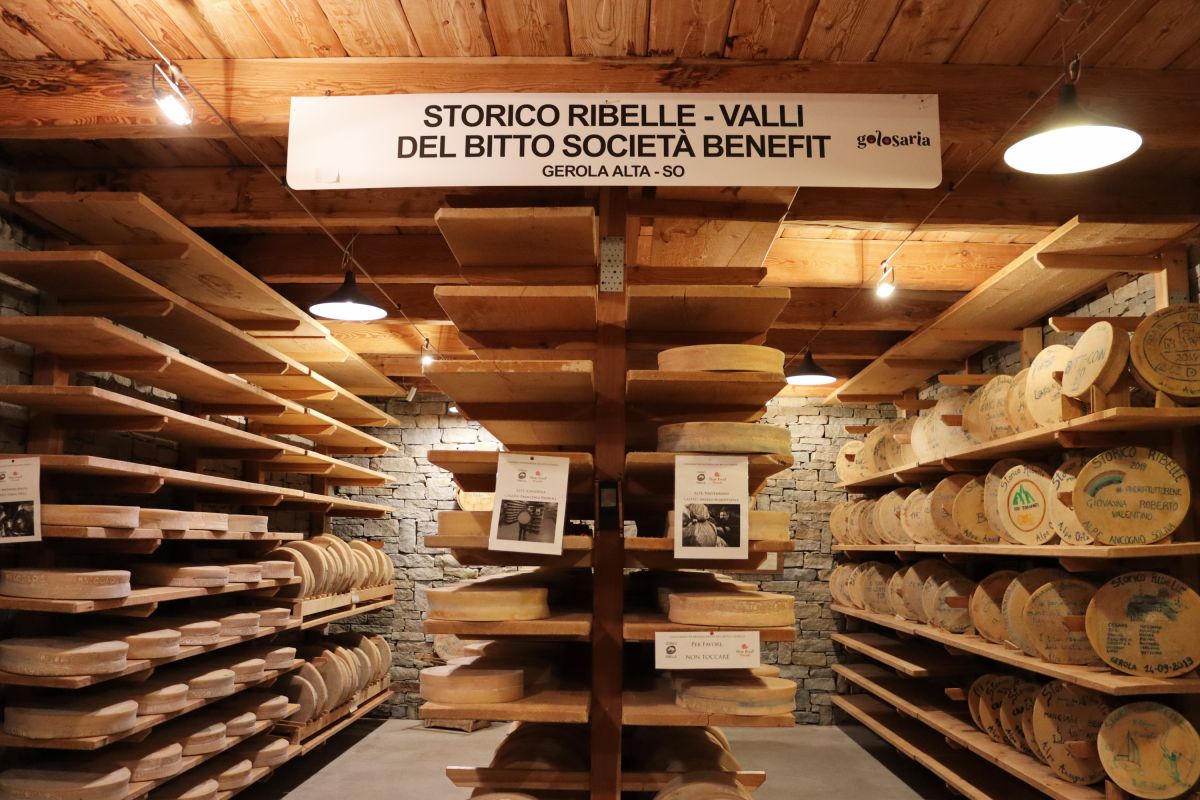 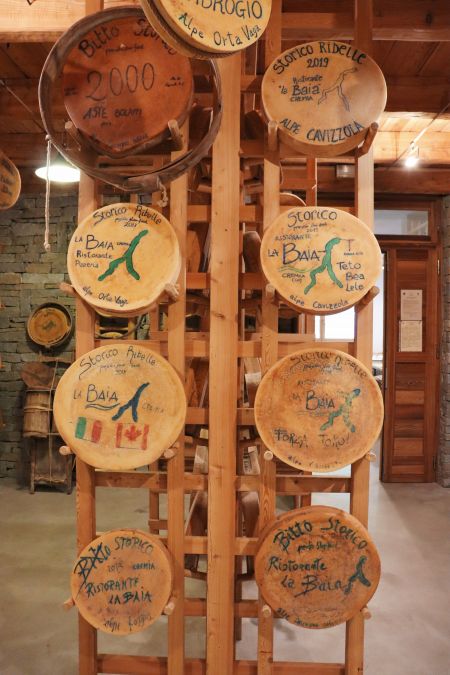 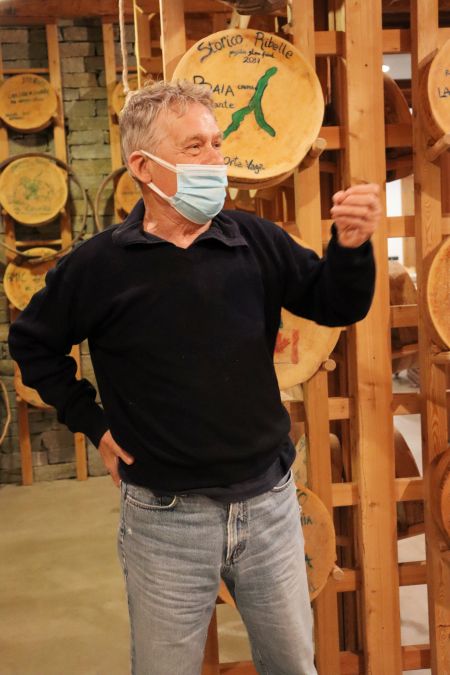 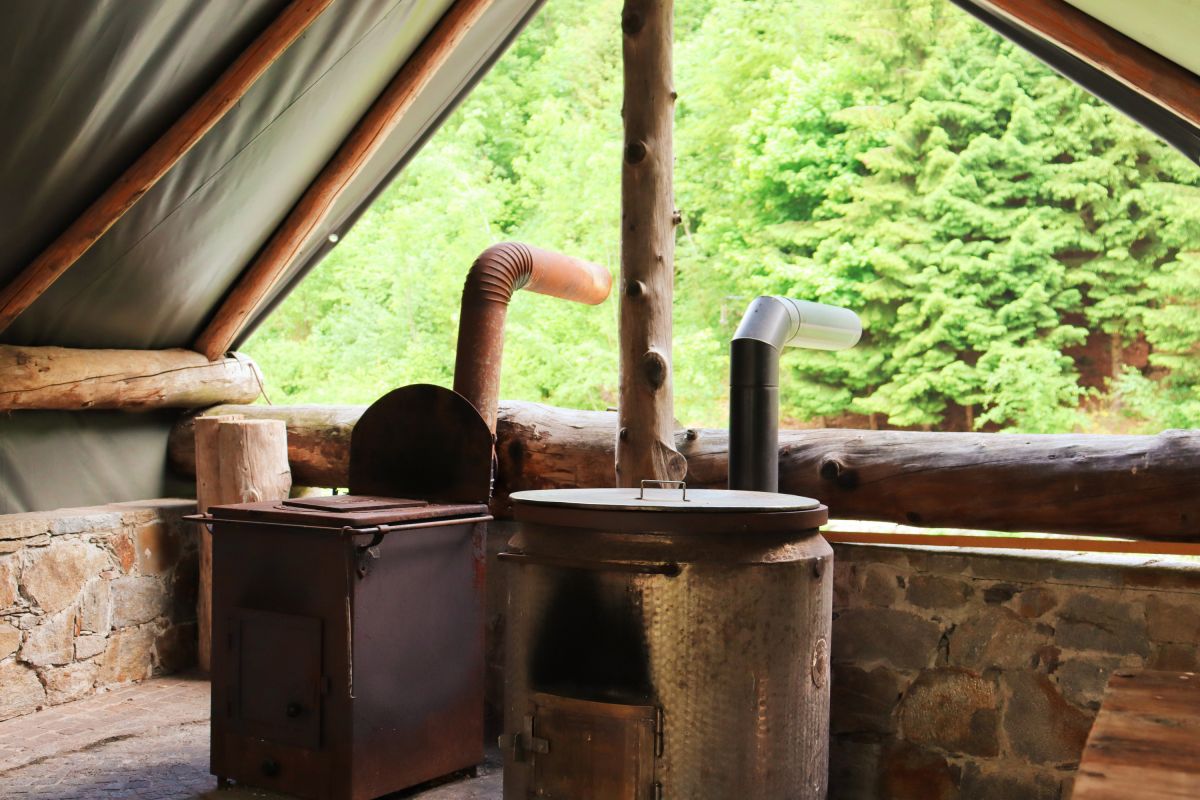 Don't miss the latest news, the new recipes and our events by the lake.
Over 9000 gourmets and Lake Como lovers are already members